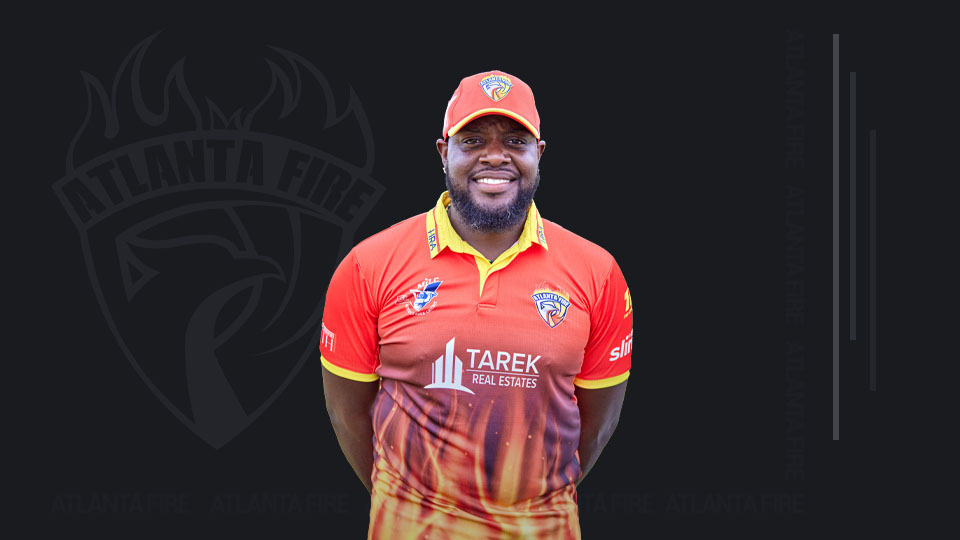 One of the best homegrown talents in the modern generation of USA cricket, Steven Taylor’s imposing physical presence makes him capable of destructive power-hitting, a rare characteristic at Associate level.

Born and raised in south Florida to Jamaican immigrants, he began playing adult league cricket when he was 9. Taylor made his first USA senior tour a few days after turning 15, in November 2008. Eventually, he made his debut at 16 against Jamaica in May 2010, by which time he was hovering at over six feet tall. In 2011, he set a USA U-19 record with 140 off 120 balls against Papua New Guinea at the U-19 World Cup Qualifier in Ireland.

In March 2013, he became the first USA player to score a T20 century, clubbing 101 off 62 balls against Bermuda. Taylor followed that up with an unbeaten 127 off 62 balls two days later against Cayman Islands in Florida to propel USA to an unbeaten 8-0 run at the ICC Americas Division One Twenty20 Championship. The following month, he smashed Nepal’s spinners to score 162 off 102 balls on the opening day of ICC WCL Division Three in Bermuda.

Still a teenager, Taylor was chosen to captain the USA men’s team later that summer for the 2013 Auty Cup tour to Canada as a stand-in for the unavailable Steve Massiah. However, a late-night drinking incident on tour at the Regional U-19 World Cup Qualifier in Toronto a few weeks earlier had him stripped of the captaincy. He was also given a one-match suspension for breaking team curfew. Since then, he has struggled to reach the heights he did in the first half of 2013 for USA despite his talent.

Taylor is one among a few Americans to carve out a place for himself in T20 franchise cricket, securing a CPL contract in 2015 with Barbados Tridents, where he has developed under former USA coach Robin Singh. After one more season with Tridents, he switched to Guyana Amazon Warriors for the 2017 CPL when he was snapped up for $30,000 in round 8. He only managed two games though, and took a large paycut to move to Jamaica Tallawahs for 2018. Originally a wicketkeeper-batsman, Taylor gave up the gloves in 2015 to keep his body fresh for batting but it has also allowed him to develop his skills as a useful part-time offspinner.

After being stripped of the captaincy before he ever led the team on the field in 2013, Taylor was named USA captain once again in the summer of 2016, leading USA to the WCL Division Four title on home soil in Los Angeles. But when USA failed to progress from Division Three the following spring in Uganda, Taylor stepped down from the USA captaincy to take up a professional contract with the Jamaica Scorpions first-class franchise and was retained again in their central contracts list for the 2018-19 season.
Peter Della Penna